1 Comment
By wifemompancreas It Ain't Always Pretty...But It's My Life 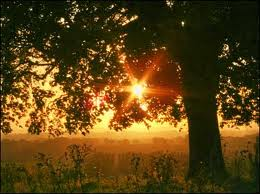 This is actually not my first rodeo.  I started another blog a few years ago.  But I wrote two entries and never went back.  It was rather disappointing actually.  I love writing (well, really I love talking, but that only works when there is someone around who is willing to listen to you) and I felt like I had so much to say, you know, really important things to put out to the world.  Apparently I was wrong.  I actually had nothing important to say.  But I do now.

On January 24, 2012 somewhere around 3:30 in the afternoon, my world changed.  (I know, a little dramatic, but true!)  My middle son, who I will refer to as Medium in my blog, who had turned 10 two months earlier was diagnosed with Type I Diabetes.  Actually, it’s kind of funny. (Not funny “ha ha”, but funny “strange”).  No one actually diagnosed him with anything, out loud anyway.  It wasn’t until the next day in the hospital when I had to come right out and ask someone, “does this mean Medium has diabetes”?  I mean, I knew he did.  I knew he did the minute the pediatrician said Medium had glucose and ketones in his urine and we needed to do a blood test.  And just in case I wasn’t sure then, I certainly was when one of the lab tech’s said to the other lab tech (this sounds like a punchline to a joke, but I assure you, T1D is no joke) “wow, that’s high”!  She was referring to Medium’s blood glucose level of 565 mg/dL. Although I am not a nurse, I had worked in an ER for 9 years and I have a sister-in-law with Type I Diabetes, so I knew that Medium was at risk and I knew that you don’t get a blood sugar reading that high for any other reason, but, as a mother, there is that part of you that holds on to the ever-so-slight-albeit-still-there hope that maybe, JUST MAYBE, it is something else.  Something else that is not so horrible, not so life altering, not so dangerous, not so…..permanent.  But I would be wrong.  The answer to my question was, quite simply, “yes, Medium has diabetes”.  And so there it was. Ironically, it was the dietician that told me, not the endocrinologist or the diabetes educator or the nurse.  Medium was laying in the hospital bed and she was standing on one side of him and I was standing on the other, and her words just hung in the air over him. I swear I could almost see them, the words, “Medium has diabetes” dangling over him.  I wanted to reach out and grab them and shove them back in her mouth or throw them in the trash can or beat the crap out of them Office Space style (if you haven’t see the movie, you should!  I am referreing to the copy/fax machine scene!).  I just didn’t want them. Period. But they were out there and there was nothing I could do about it.

The next couple of days in the hospital were full of education for my husband and I and playtime for Medium.  We met with the diabetes educator and dietician each day for several hours to learn all about type I diabetes, counting carbs and insulin. Thankfully, we caught Medium’s diabetes before he got really sick like a lot of kids do, so he just laid around and played Xbox from his hospital bed and played basketball in the playroom at the hospital.  I think I went into “Warrior Mom” mode.  Here all the information was being thrown at us, and we were in the hospital and my husband was going home at night to take care of our two other boys, and I had this “I am woman, hear me roar, I can handle anything” attitude.  Oh my how this would change.

So, as much as we loved the staff at the hospital (big shout-out to Children’s Mercy Hospital in Kansas City, they do AMAZING things there!) we were anxious to get home and sleep in our own beds.  Or so I thought.  We had been instructed to check Medium’s blood sugar at midnight and 3 a.m. for a while until we got into a groove of knowing what we were doing.  Ha.

The first two nights I think I was still running on adrenaline.  We set our alarms and like good little soldiers, checked his blood sugars at midnight and 3 a.m. Then, on day 5 of diagnosis, it all hit me like a ton of bricks.  I don’t know what it was about day 5.  I’m sure emotions and exhaustion played a part, but reality moved in and brought his cousins fear, sadness, panic, anger and depression with him. And they are not a nice family.  I spent the next 2 weeks terrified and sobbing.  I still managed to take care of everybody and go to work, but I cried.  A lot.  I never let the kids see me cry, but I am pretty sure my husband and coworkers thought I was going off the deep-end.  And rightfully so, because I was.  A week and a half after diagnosis we brought Medium back to the ER because his blood sugars were low and we couldn’t get them back up, despite feeding him.  It was 10:00 at night and I was afraid to let him sleep for fear that his blood sugar would continue to drop all night and we wouldn’t be able to get them up and he would, well, die.  I demanded that he be admitted despite the ER doc and Endocrine fellow’s medical expertise. (I’m pretty sure this is how the conversation went between the ER doc and the endocrine fellow:

ER doc: “I agree with you that this kid is fine and doesn’t need to be admitted, but his mother is practically rocking in the fetal position in the corner of the room, so we either admit the kid or the mother.”

Endocrine fellow: ” You’re right, the kid will be much easier to deal with than the mother, admit the kid”).

You would think this was my low point.  It was not.  Actually, I’m not sure I had one, exact low point.  It could have been when I was planning on running away because I just couldn’t deal with this, it could have been when my husband called my mother and asked her to drive 9 hours to our house because I was, as he puts it, “not doing well”, or maybe it was when I actually prayed to God that if he was going to take Medium from me at some point due to his diabetes, to just do it now, so that I would’t have to spend every day of the rest of my life worrying that Medium is going to die.  Yes, I think maybe that was the low point.

You might be wondering why I am being so candid and writing such personal thoughts for all the world to see.  Why would I write about my anger, shame, guilt, and depression?  Those are things that most people work really hard to hide from their closest family and friends and yet, here I am sharing it with anyone who cares to read it.  The answer is simple.  Because I can.  Six weeks ago I wasn’t sure how I was ever going to sleep again, and I couldn’t even talk about this without crying, but something I didn’t think was possible a short time ago, is.  I didn’t run away, I didn’t fall apart (although my mother did drive 9 hours to help us figure out life in the first few weeks) and most importantly, Medium didn’t die.  And that fact of the matter is, as long as we manage his diabetes, he is no more likely to die from this than a kid with a peanut allergy will die from his disease or a kid with severe asthma will die from hers.  All of those diseases have to be managed, just like diabetes. And it is manageable. (Although I will admit that there was a time when I wanted to kick in the teeth of every person who uttered those words to me).  Because while it IS manageable, that doesn’t mean it is easy, or convenient, or fair.  And while it is important to let yourself feel your feelings, and mourn the life you used to have and face the fact that the carefree, innocent childhood that your child once had has been replaced with a strict regimine of finger poking, carb counting and insulin injecting, eventaully, when you are ready to get on with your life, you do just that.  Get on with your life.  God put us on this earth not just to survive, but to thrive. And that, my friends, is exactly what this family intends to do!

One thought on “A New Beginning”