Leave a comment
It Ain't Always Pretty...But It's My Life 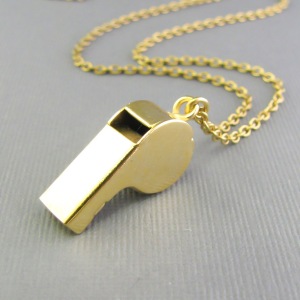 Call them what you want, but they all have one thing in common.

And that is something very high on my list of “dislikes”.

Medium struggles with this, at times, and so I am uber-sensitive to it.

I grew up playing sports, so even before I had a child who suffered from it, I disliked it. It is immature, mean and really, just ugly.

This past weekend, Medium’s basketball team was in a tournament; a tournament they should have won. But they didn’t even make it to the final game because they lost an earlier game in the tournament that they shouldn’t have lost. It was the worst officiating I can remember witnessing of any game of any sport that I have ever participated in or watched. Yeah, it was that bad. Particularly one referee. A female referee.

Now, let me preface this next statement with this: I have been a female basketball referee. When we were dating in college, my husband and I refereed boys about Medium’s age, in a basketball league. I WAS A HORRIBLE REFEREE!!! I was either afraid to make the wrong call, or too busy watching that I would forget that I was the one who was supposed to be making the call. After only one season I traded my whistle in for a clipboard and coached instead. I was much better at that (I’m sure that’s debatable, but I felt much more at ease, anyway). Now, I’m not saying that females should not be referees. I fully believe that women can, and should, do anything that a man can do (except referee). But I digress.

She had apparently been absent on the day of referee school where they taught what a layup was. Because she called traveling EVERY TIME one of our boys went up for a layup, and therefore at least 10 points were taken away from us. And yes, we lost by less than 10 points.

Did we loose the game because of the referee’s bad calls?

Sports are not always fair.

Life is not fair.

The University of Kansas (my alma mater) played Iowa State University this week and there was a very bad no-call with 4.9 seconds left in regulation that resulted in KU being able to tie the game, sending it in to overtime, where they eventually won. And boy have I heard about it! I cannot stop hearing news and sports reporters talking about it. People are all up in arms on Facebook. And it really ticks me off. Of course, my team won, so one could accuse me of being biased in this case. And one could be right. It’s hard to take your emotions out of such things.

What makes me so mad is that, I try really hard to teach my son that when bad officiating happens in one of his games, that he just has to brush it off. It happens to every team. Every team gets bad calls in every game. True some of them end up having a bigger impact, and may seem to alter the outcome of the game. But I tell him that he need only worry about the things he can control. He should focus on playing better defense, rebounding better, and taking better shots. I tell him he has no more control over the calls the referees make than I have over my age (and boy I wish I did!)

But then he hears over and over again, by adults no less, about how unfair the KU-ISU game was. And how Iowa State should have won. And what kind of actions are going to be taken against the referees. Now, make no mistake, I hope that female referee of ours never officiates one of our games again (at least not until someone shows her what a layup is). But humans make mistakes. And I agree that big enough mistakes, invite consequences. And if these refs consistently make bad calls (or bad no-calls) then they should be dealt with. But they had all of about .004 seconds to make that call. And all of this carrying on about the referees in that game, negate everything I am telling my son. And I hate it when people undermine me. 🙂 I just hope my children aren’t growing up to think that as adults, you aren’t allowed to make mistakes.

The bottom line is this: Life is not fair. Shit happens. Quit yer cryin’. Get over it. Move on. There are bigger fish to fry. This grass isn’t always….wait that one doesn’t fit.

Well, you get it.